UNITT-AC2018 was closed in exciting circumstance with more than 500 participants. 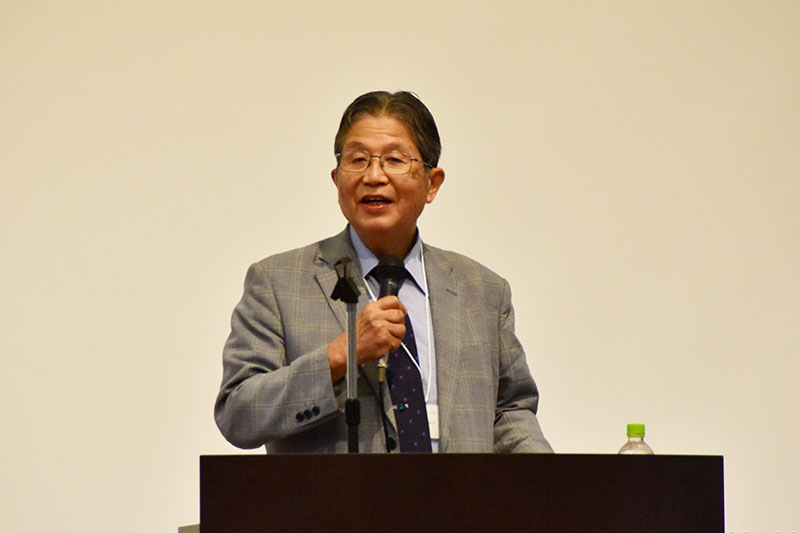 Opening remarks of Fujishima, the Chair

AC2018 was held on Sep. 1-2 at Ochanomizu University campus as the 15th conference since 2004 with the participants of more than 500 experts from university’s industry-university collaboration department, TLO and public research institutes in Japan.

The conference started with opening remarks of Akira Fujishima, Chair of UNITT from 10 o’clock, and then, Mr. Kota Murase, Director of University Technology Transfer Promotion Office, MEXT, Mr. Tomomi Yamazaki, Director of Industry-University Collaboration Office, METI and Mr. Masahiro Shibata, Director of IP Exploitation Policy Coordination spoke from the standpoint of each ministry and office.
After that, Professor Ikuo Morita, Vice President of Ochanomizu University, gave a greetings on behalf of the University. 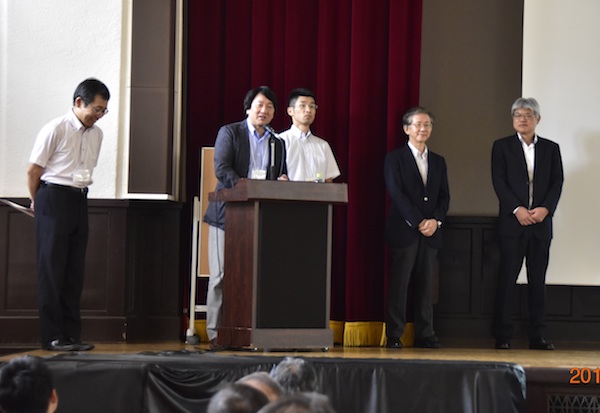 Director and chairperson in charge of the new four committees
Next, the director / chairperson of the newly-launched four committees announced the inaugural message and ambition, and also announced that they are recruiting members for each committee. They are Committee of Planning and Management: Yoshito Koga, Global Human Resources Development: Takafumi Yamamoto and Kosuke Kato, Networking: Toshihiro Masaki and Survey & Public Relations: Yoshihiro Kanazawa.

From 10:30 onward, we held a plenary session ” Industry-Academia Collaboration, up until now and from now on” in commemoration of the 20th anniversary of the TLO Law enforcement. Moderator Takafumi Yamamoto (Tokyo Univ. TLO) and four speakers Masahiro Hashimoto, Tokyo Institute of Technology, Kenichi Hatori ,Secretary-General, UNITT, Iwao Yoshino, Microwave Chemistry corporation and Kazuhiko Hashimoto, Kansai TLO spoke from each position looking back past 20 years and viewing the direction of industry-university collaboration in the future. Japan is also said to be the second boom for startup from university and great expectation was given to the venture, including the meaning of reducing the gap and risk between industry and university. 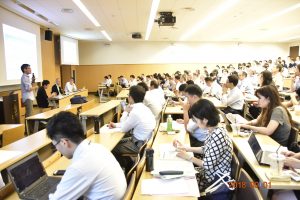 Session state
The 20 sessions started in the afternoon of on the first day, September 1st through the afternoon of the second day, September 2nd. The discussion was developed in 20 sessions divided into 5 venues. The 20 themes of the 20 sessions cover various issues related to the utilization of research results by universities / public research institutes broadly. These themes were selected based on requests and popularity from member organizations and previous year’s participants. The theme of most popular session was “License to the start-ups from the university -Stock acquisition rights, License fee, Assingnment and Conflict of Interest-”. Moderator was Megumi Takada, Kyushu Univ. and Speakers were Kazuya Suzuki, Todai TLO, Taiji Edogawa, New Japan limited liability audit corporation and Junji Adachi, Kyulux Ltd.. The next popular theme were “Toward Data Management in the AI / IoT era (Shuntaro Yamamoto, NICT et al.)”, “Regional Creation (Masakazu Kimura, Shizuoka University et al.)”, “Collaborative research agreement with overseas companies (Makoto Hattori, Lawyer et al.) “. 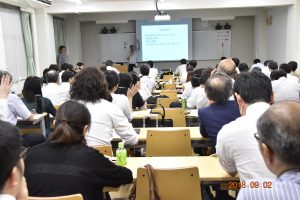 At the reception party on the evening of the first day, a large network of participants was created in the field of industry-university collaboration.

All Photos except Glen by Yoshio Nagashima 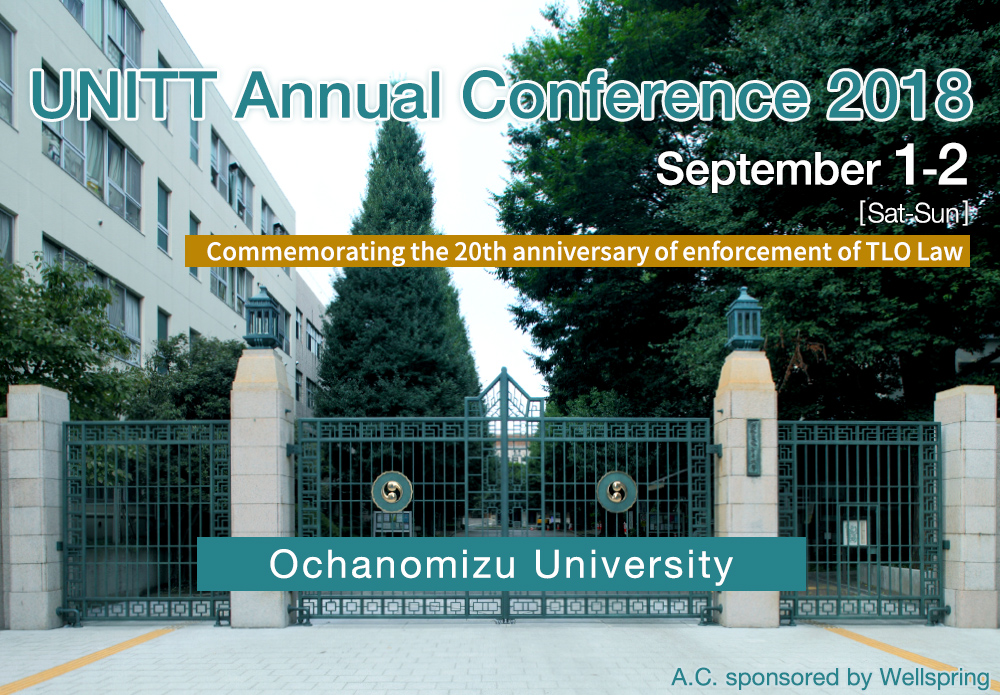 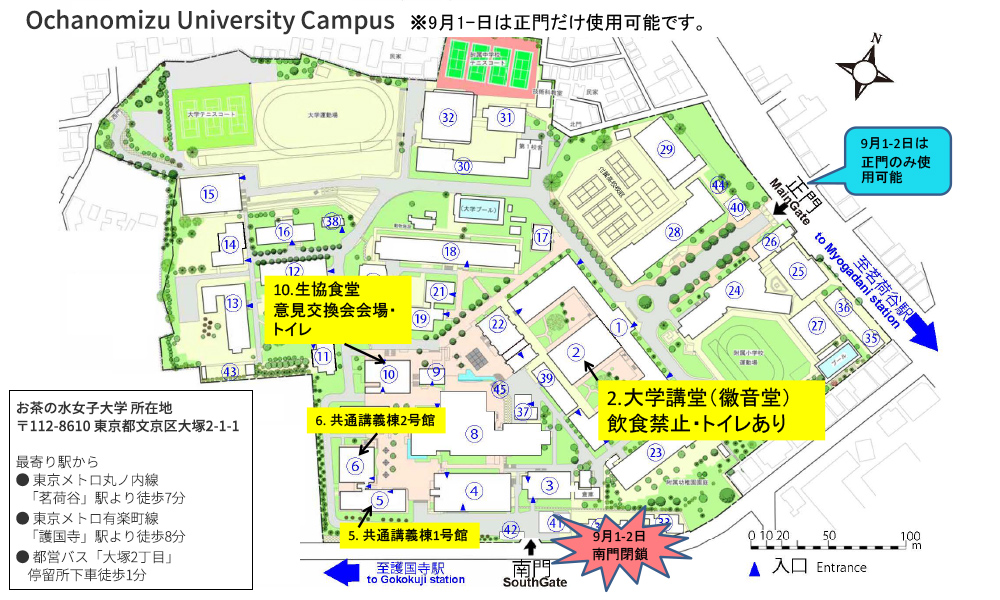 The annual conference, AC, of UNITT, University Network of Innovation and Technology Transfer, gathers 500 people from industry-academia cooperation office of all over the country to discuss issues related to the utilization of research results by universities and public research institutes. Discussions will be held with hot topics on technology transfer and industry-university collaboration in 1 plenary session and 20 workshop sessions for 2 days. In the second half of each session, we will discuss the interactive discussions involving participants. The top 3 which was popular last year held at Tokyo Institute of Technology were “The industry-academia collaboration in other countries, a venture from a university and a copyright license.
We also prepared a commemorative event for the 20th anniversary of the enactment of the TLO Law this year. Based on the questionnaire results of last year conference and requests from UNITT members, 20 themes of gems were selected (see the following program). It will be a good opportunity to learn about what is hot now in university for people not only in university but also in industry. We will wait for the application and participation from many people. Ten points of RTTP (International Certification / Technology Transfer Professional) CE point will be awarded to seminar participants who completed the program. The seminar will be run with participation fee from attendants. We ask for your cooperation in the following participation fee.