This survey was conducted in FY 2017 on the achievements of FY 2016 in Japanese universities, national R&D corporation and TLO.
※The 111 institutions responded to the survey. The breakdown is as follows;

(1) Invention disclosure and domestic patent filing -Japan vs US- 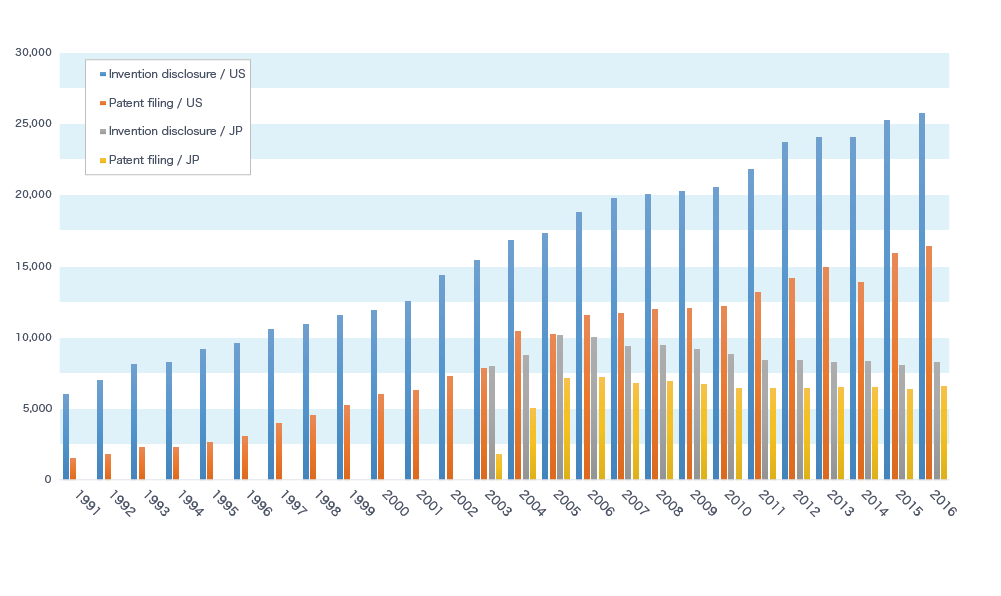 The ratio of the number of patent filing to the number of invention disclosure is 80% in Japan, while it is around 60% in the United States.

The number of assignment agreement is about half of the license agreement. 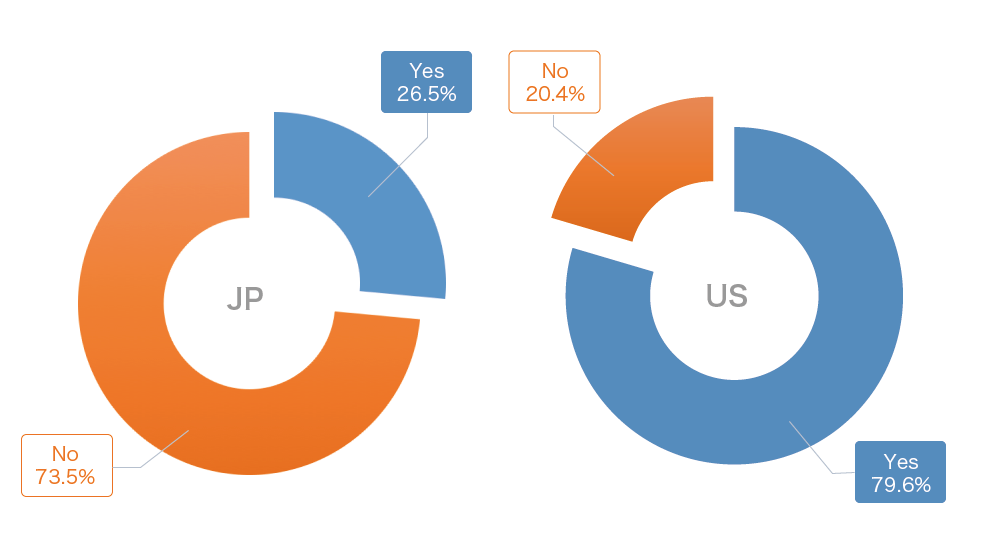 The ratio of institutions in which start-up was launched is 79.6% in the United States, 26.5% in Japan.

(5) Number of stuff by role in industry-academia collaboration office

The number of clerk is neary the same as the number of summation of experts for tech transfer and joint research.

(7) Expenditure of industry-academia collaboration office and TLO in Japan